We hope you had a great Thanksgiving. We were on FOX Weather Black Friday talking retails sales...of course the studio decides to have a system meltdown minutes prior. Plan B worked out OK. CLICK ON IMAGES FOR A LARGER VIEW. 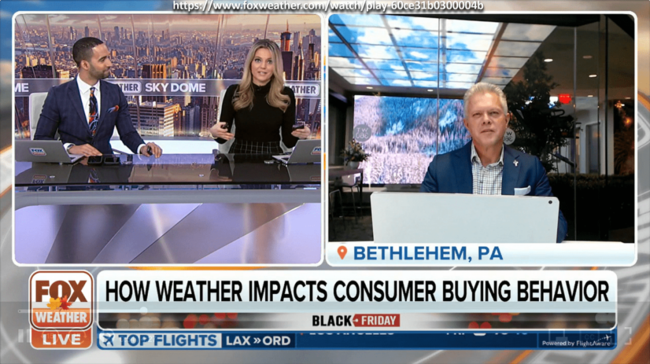 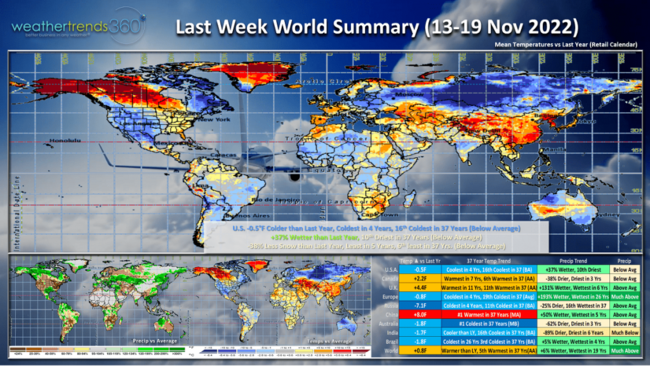 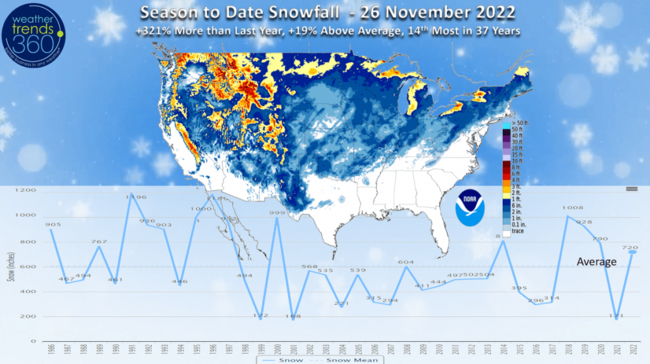 U.S. season to date snowfall is still trending +321% more than last year but now only +19% above average nationally, 14th most in 37 years. These trends may dip below average by early December with a drier pattern. 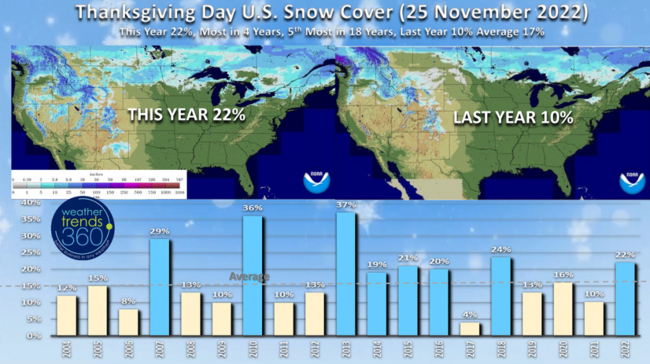 Snow Cover on Thanksgiving Day was the most in 4 years with 22% of the country covered in snow. Last year was only 10% and average is 17%. This weekend, the snow dipped all the way into West Texas where over 8"+ had fallen, a bit unusual this early in the season. 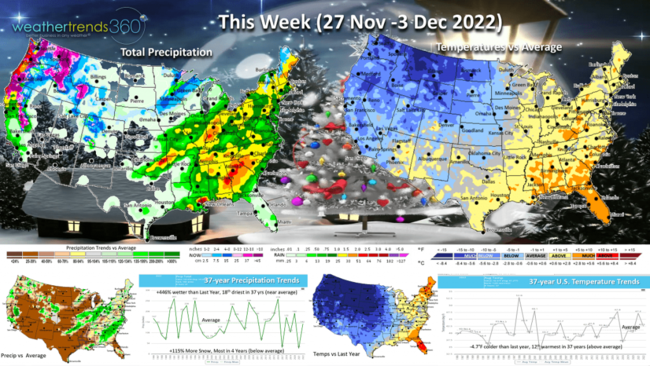 This week (27 Nov - 3 Dec) continues to show colder YOY weather trends with the U.S. -4.7F cooler than last year but still 12th warmest of the past 37 years. The West is certainly more favorable for seasonal sales while the East trends milder. Now through the holiday shopping season, seasonable temperatures and dry weather are most ideal for store traffic and gift sales. Rainfall is moderate in the East with the U.S. trending +446% wetter than last year, but still near average of the nation as a whole. 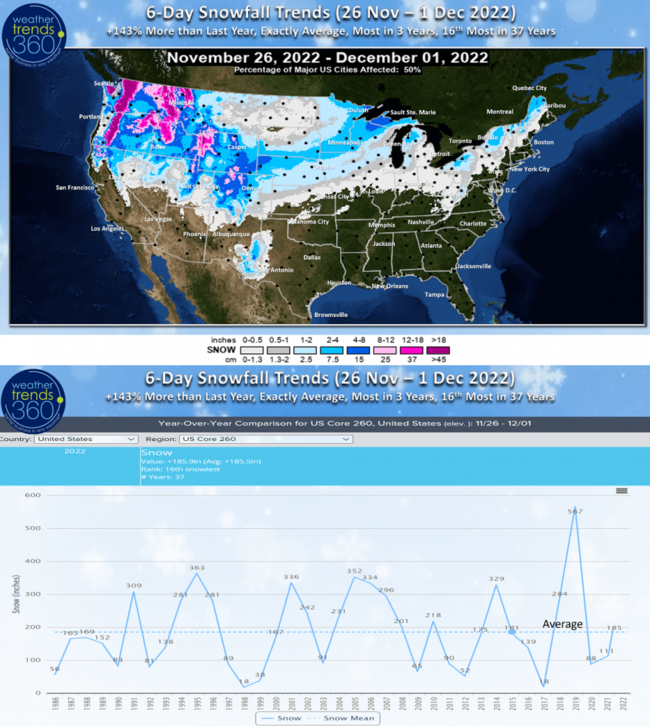 The 6-day snowfall outlook shows most of the snow confined to the high elevations of the West but spilling out into the Plains and even New England. 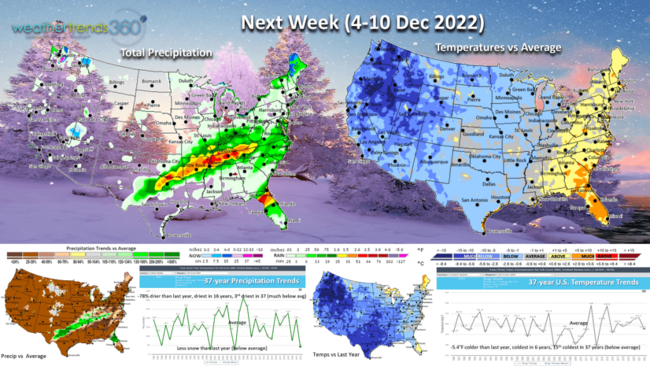 Next week (4-10 Dec) shows an even colder trends with the U.S. -5.4F colder than last year, coldest in 6 years and 15th coldest of the past 37 years with below average national temperatures. Precipitation down 78% from last year, least in 16 years and 3rd least in 37 years with much below average rainfall. These are generally positive trends store traffic, gift and seasonal category sales. Seasonal category sales may start to slow with the prolonged colder trends in middle November. 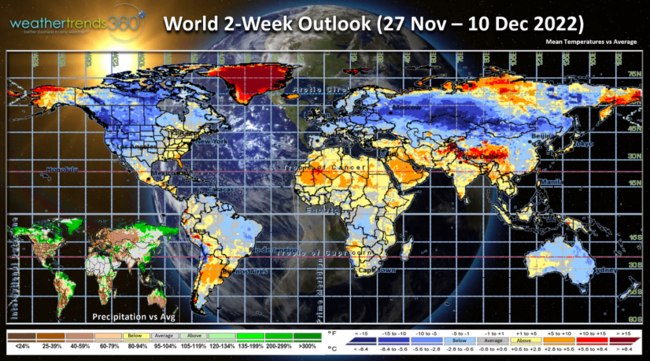 The World 2-week outlook (27 Nov - 10 Dec) shows the U.S. one of the more favorable spots for seasonal category sales. Canada and Europe both improving as well with colder trends. 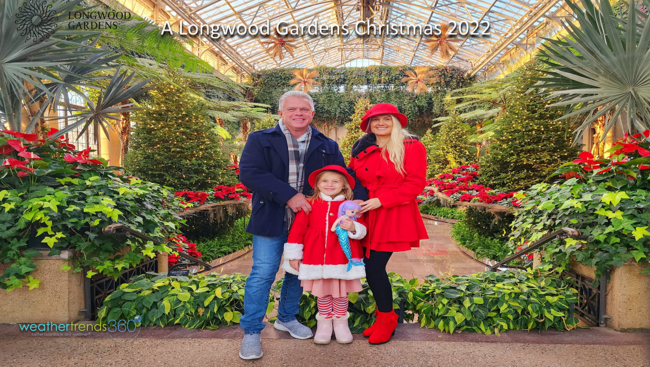