A recap of last week (2-8 October) across the World shows the U.S. trending a very significant -6.7F colder than last year, coldest in 3 years with near average national temperatures. CLICK ON IMAGES FOR A LARGER VIEW. 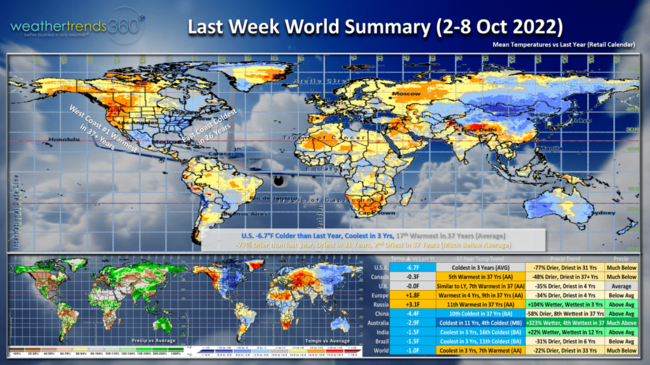 In this case the national trend is very misleading as it was a tale of two halves. The Eastern U.S. trended the coldest in 26 years, while the Western U.S. was the #1 hottest in at least 37 years. The big surge of colder weather in the East was certainly a catalyst for early Fall seasonal merchandise sales and pantry loading with the first widespread frost and freezes throughout the Northeast. Rainfall was again way down, -77% less than last year and driest in 31 years for the U.S. overall. Australia continues their cold trends with the coldest start to October, their Spring, in 11 years. 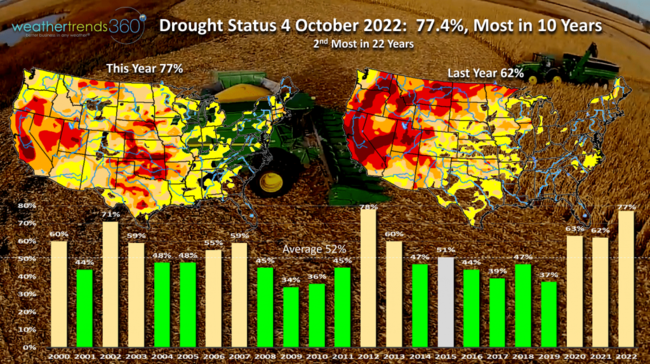 Dry to drought phases across the U.S. continue to expand with 77% of the country on the dry to very dry side. This is the most widespread coverage in 10 years and 2nd most in 22 years. The dry weather is a plus for Ag interests during this Fall harvest season. The very unusual cycle of year 3 La Nina, a continued very cold PDO (Pacific Decadal Oscillation) cycle and the warm AMO (Atlantic Decadal Oscillation) cycle continue. This combination of cycles has only teemed up twice in the past 157 years, so an unusual weather pattern for sure. It will all break down in 2023 so look out for a VERY WET cycle with flooding in the next two years across the Americas. 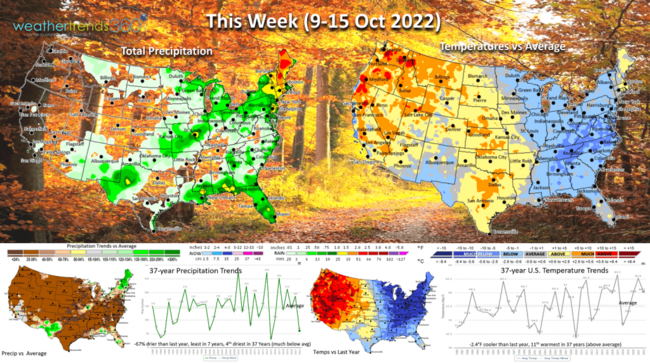 This week (9-15 Oct) across the U.S. shows the locked in pattern with continued cold conditions East, very warm West. The U.S. overall down -2.4F vs last year, but the extremes are very dramatic compared to last year East (cold) vs West (hot). The prolonged nature of the colder weather will ensure a strong surge of Fall seasonal merchandise at higher margins with the earlier sales than last year. Rainfall continues to be sparse trending down -67% nationally, least in 7 years and 4th least of the past 37 years. For now the tropics should have a quiet week. 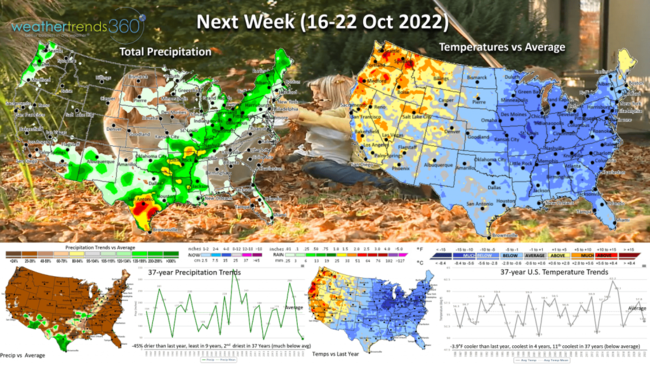 Next week (16-22 Oct) shows expanding colder weather in the East and Central U.S. with the nation trending -3.9F colder than last year, coldest in 4 years with below average national temperatures. Rainfall down -45%, least in 9 years and 2nd least in 37 years for the national as a whole. This will be the 4th week of colder weather in the East, so the strong surge in seasonal sales may start to taper off a bit as consumers most likely already stocked up on the early Fall items needed. The next surge of really strong more Winter like sales likely in December. 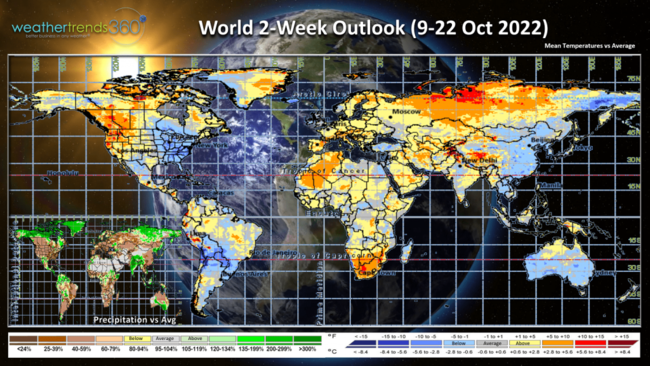 The 2-week World outlook (9-22 October) shows the more favorable weather trends in Eastern North America, while the West is warm as is Europe. Much cooler for China and continued cold across Australia. 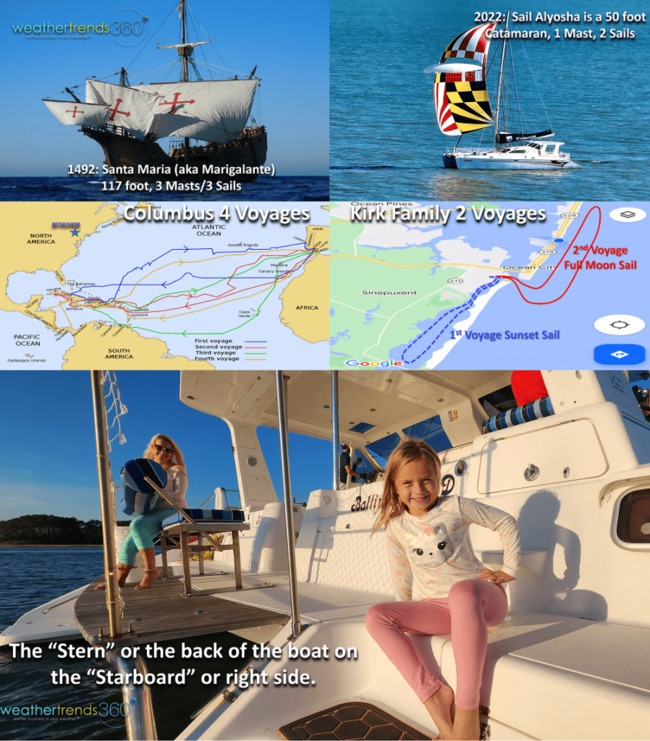 We'll end with our sailing adventures that were much more relaxed than the voyages of Columbus (see video). The little Angelina Kirk will be presenting to her 1st grade class this week on all she learned.