Only about three weeks to go until we move into our new HQ up on the 8th floor in downtown Bethlehem, PA! We miss our studio and especially so when we do interviews with folks like Matt Fifer from Conversations on Retail. In the interview we discussed our Q4 outlook so hang on until the end. CLICK ON IMAGES FOR A LARGER VIEW. 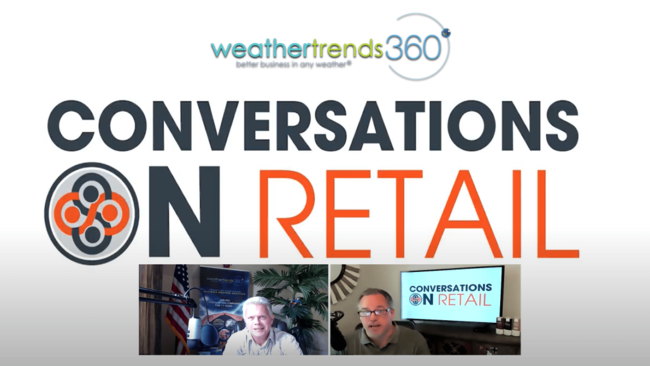 We talked Winter, so here's our Christmas in July outlook. COLD U.S. and Europe if you're tired of the heat here in July. 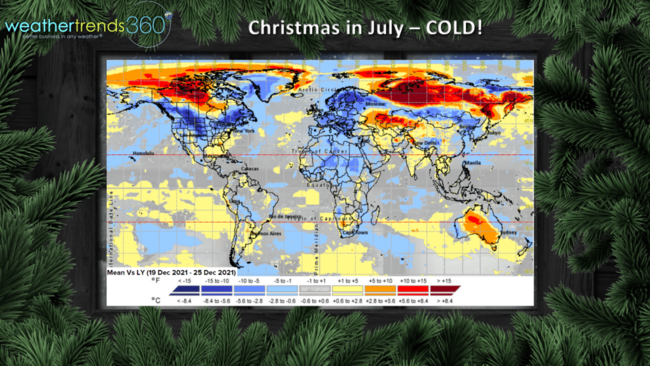 Tropical Storm Elsa, storm #5 impacted Western Florida and the Southeast and even up in to the coastal Northeast. This was the fastest start to the 5th named storm in 165 years, eclipsing last year's record fast start. This suggests we're indeed headed for a well above average hurricane season with continued high risk to Florida. 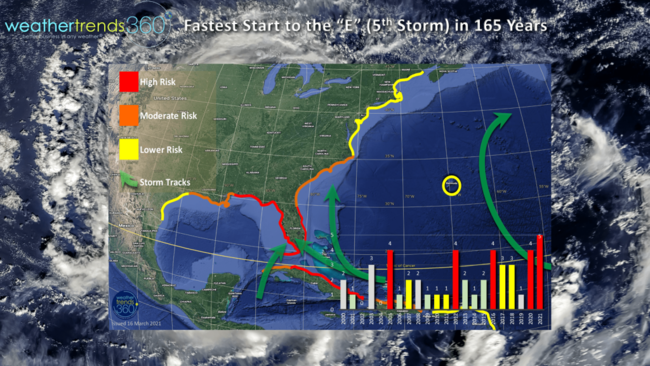 On the other end of the spectrum is drought in the U.S. which continues to show 59% of the U.S. in dry to drought phases, the most in 9 years. Fortunately parts of the very dry Northern Plains and Upper Midwest finally got some rain this weekend, but heading back to a dry pattern for the latter half of the month.

Without much snow and rainfall in the West during the Winter months, underbrush doesn't grow much in Spring which in turn doesn't provide much fuel for wild fires. In part explains why wild fire acres burned this year is again well below average for the 3rd year in a row, 36% below average to date. 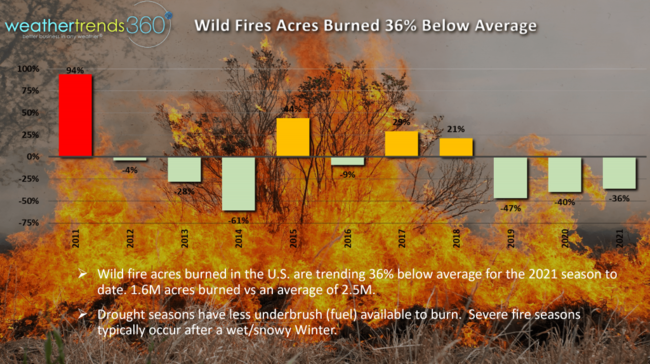 Last week (4-10 July) across the World shows the U.S. trending 2.1F cooler than a year ago, coolest in 6 years but 13th warmest of the past 35 years with above average national temperatures. Overall a negative trend for hot seasonal categories compared to last year's very strong sales. Record shattering heat in the West continues with Death Valley toping 130F! Rainfall was up 9% making it the wettest in 27 years with much above average national rainfall, in part due to Tropical Storm Elsa making landfall in Florida and then moving up the East Coast. 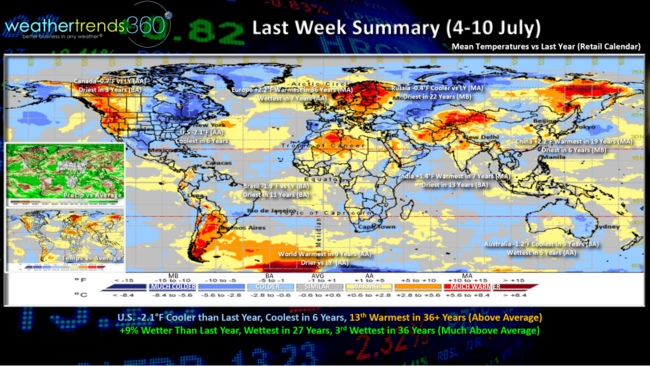 This Week (11-17 July) again trends -0.4F cooler than a year ago in the U.S., coolest in 4 years but still 10th hottest of the past 36 years. Rainfall again up 35% over last year, 8th wettest of the past 36 years. Remains very dry for the West and Northern Plains. Where the soils are wet (south) temperatures are generally cooler than they should be across the south, especially Texas. 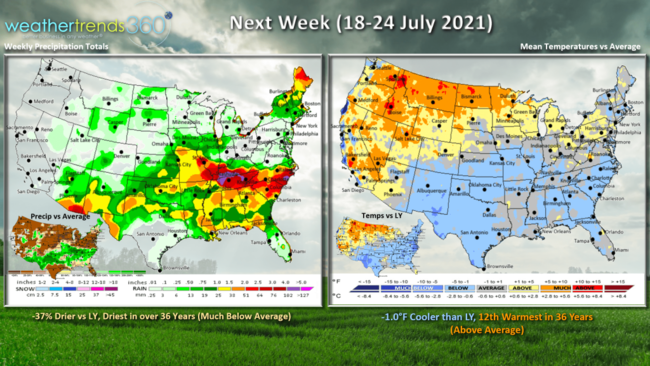 Next Week (18-24 July) trends 1F cooler than a year ago but still 12th warmest of the past 36 years. Same generally areas of hotter trends across the West and North while the South again reaming much cooler than last year and below average. Rainfall looks sparse with the driest conditions in 37 years expected. 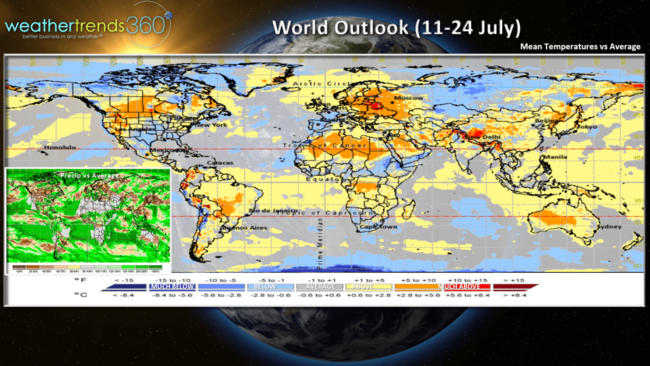 The 2-week World outlook (11-24 July) shows the hot trends continuing across the Western half of the U.S. and northern tier, Canada, East Europe, SW Russia, China, India and the Middle East.