Q1 (Feb - Apr) is just about in the history books with two weeks left. On a retail calendar, the quarter has trended the coldest in 3 years (below average national temperatures), +5% wetter than last year with above average national rainfall and -8% less snow than last year (below average). Overall these are negative trends for Spring merchandise sales and overall retail sales. CLICK ON IMAGES FOR A LARGER VIEW. 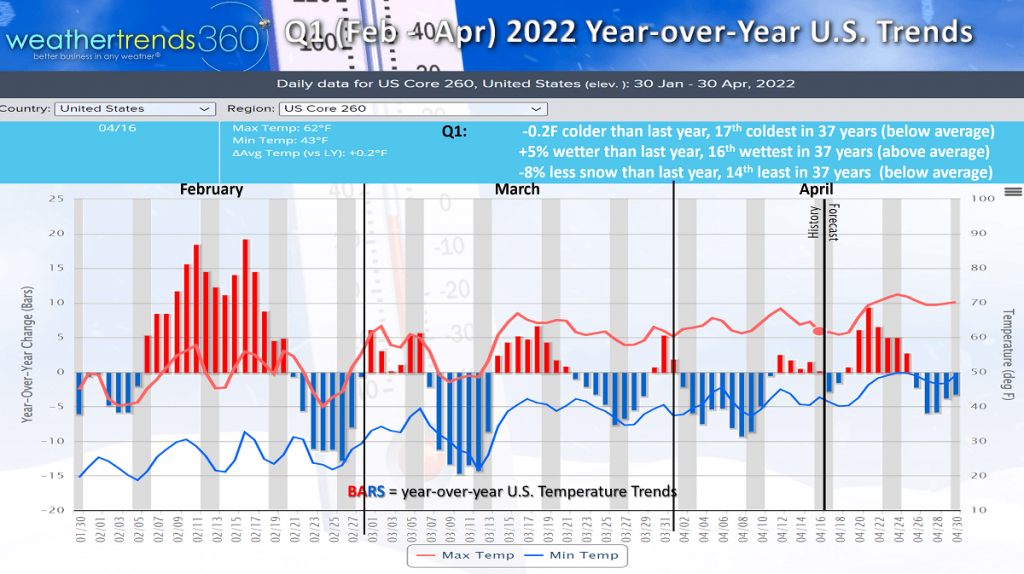 The good news is this past week leading up to the biggest holiday of the quarter was more favorable than last year and should have brought an uptick in seasonal sales. 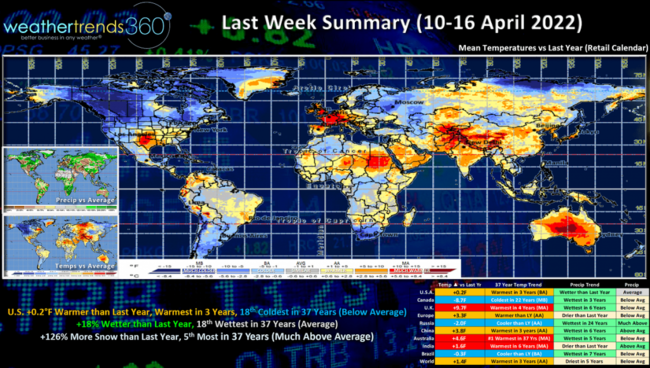 The really warm spots were the U.K., Australia and India while Canada was the coldest in 22 years. 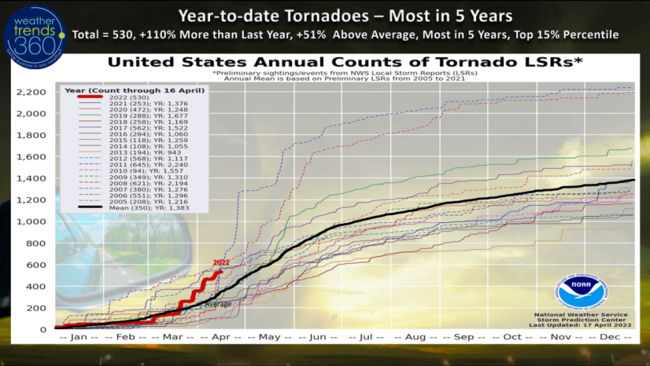 Tornadoes were again very active last week with year-to-date totals on a torrid pace trending the most in 5 years, 530 to date. This is +110% more than last year, +51% above average putting the season in the top 15% percentile most active since records started. 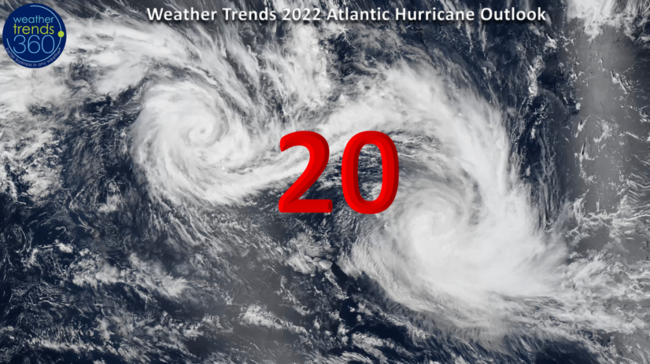 The hurricane season has yet to get started, but already showing some signs of life with recent model runs. Weather Trends 2022 hurricane season outlook and expected landfall forecast has been issued to clients, but the big number is 20 named storms this year, well above average once again. With several climate cycles teaming up, and a very warm Atlantic Ocean, it has a higher than average potential to be a devastating season. 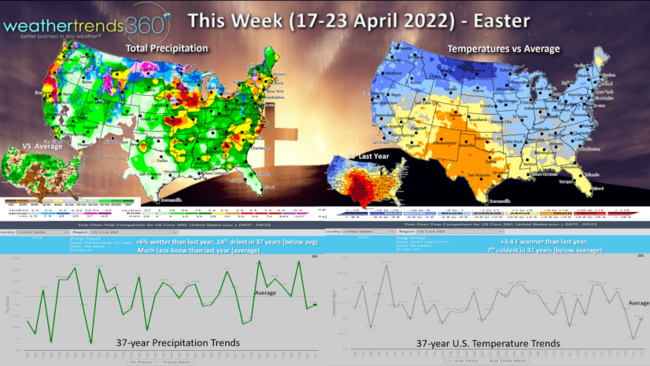 This week (17-23 April) shows a very cold start in the East, but a big warm up is coming for next weekend. For the Easter week overall, the U.S. trends +3.4F warmer than last year but still 7th coldest of the past 37 years with below average national temperatures. The South Central is particularly favorable for Spring merchandise sales, and those favorable trends spread to the East Coast by the weekend. The Pacific Northwest and West Coast are much less favorable than last year. Rainfall is +6% wetter than last year, but still 14th driest of the past 37 years with below average national rainfall. Some hope for rain in California. Some snow in the interior Northeast higher elevations early in the week before a warming trend sets up. 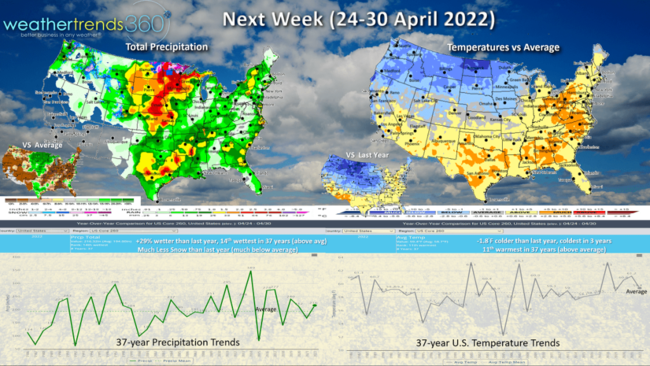 Next week (24-30 April) for the end of the quarter shows national temperatures trending -1.8F colder than last year, coldest in 3 years but still 11th warmest of the past 37 years with above average national temperatures. The most favorable regions will be across the South and East. Rainfall up +29% over last year and 14th wettest of the past 37 years which is above average nationally. Need to watch for more severe weather in the Central U.S. as more cold air invades the North Central U.S. clashing with the warmer air to the South. 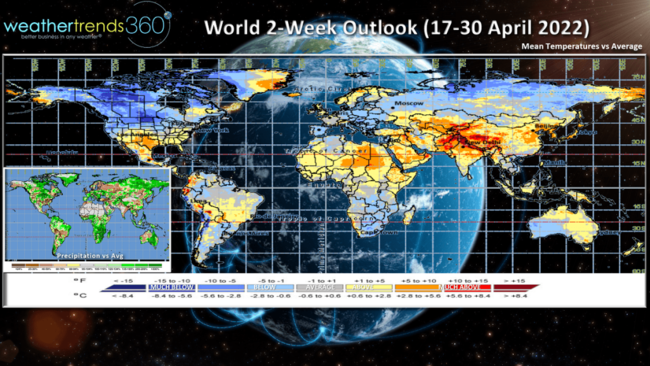 For the 2-weeks overall, the southern tier of the U.S. looks to trend more favorably for retail sales while much of Canada and Central Europe are much less favorable with colder trends continuing.