A recap of LAST WEEK (13-19 Nov) around the World shows the U.S. trending -10.8F colder than last year, coldest in 8 years and 2nd coldest in 37 years with nationwide much below average temperatures. Rainfall was +58% more than a year ago, most in 3 years but still 8th least of the past 37 years with below average national rainfall. Snowfall was the most in 26 years, 2nd most in 37 years and up a whopping +672% over last year with much above average snowfall. CLICK ON IMAGES FOR A LARGER VIEW. 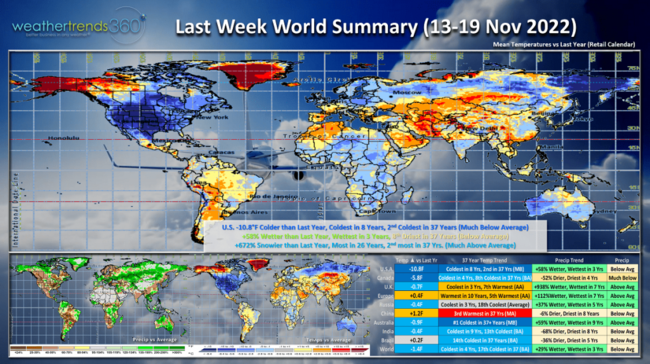 Canada was the coldest in 4 years while Europe was the warmest in 10 years - a negative for Fall seasonal merchandise sales. 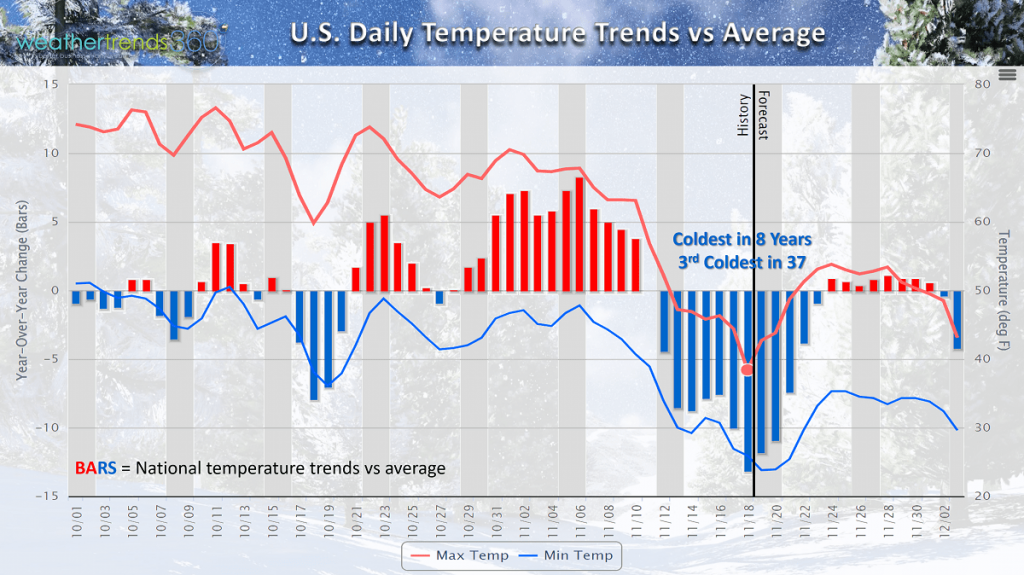 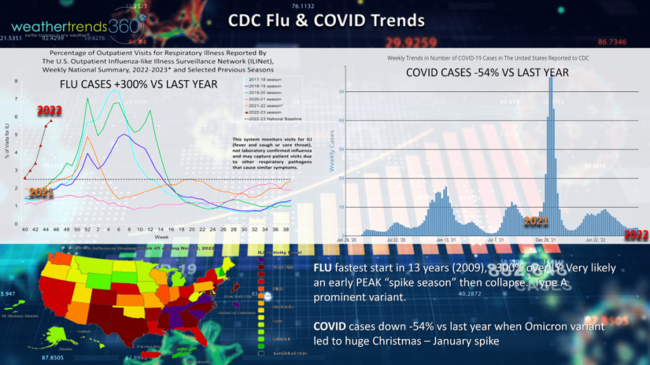 The very cold conditions at the start of October helped to get the FLU season off to the fastest start in 13 years with a huge spike season. Very possible we'll enter the peak about 6 weeks earlier than last year with a declining trend into the traditional peak of the season (Jan-Feb). COVID cases are down from last year when Omicron led to a huge spike in cases, doesn't appear there are any variants capable of a spike like last year. 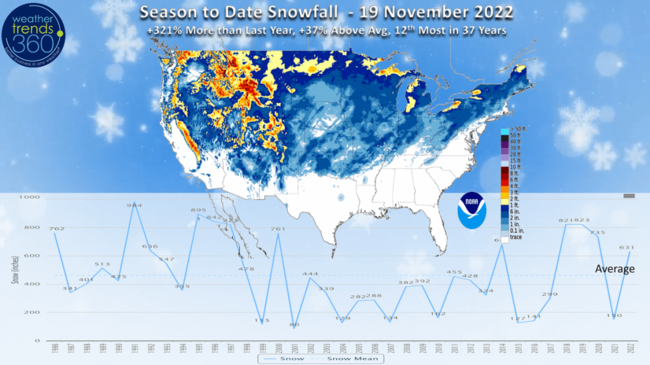 Season-to-date snowfall shows the U.S. trending up +321% more than a year ago, +37% above average and 12th most of the past 37 years. The snowy start will begin to wane over the next couple weeks with a drier pattern. 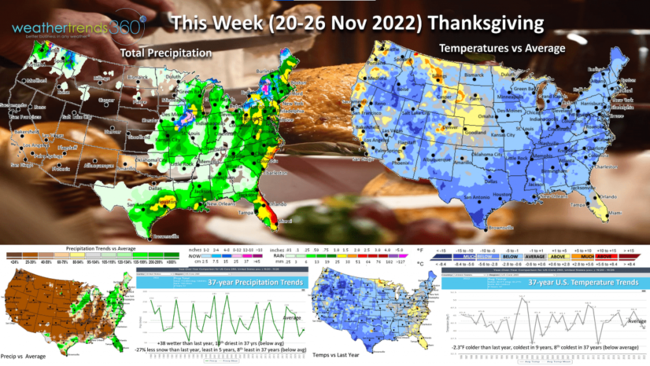 This Week (20-26 Nov) for the Thanksgiving holiday shows the U.S. trending -2.3F colder than last year, coldest in 9 years and 8th coldest of the past 37 years. Rainfall up +38% over last year but still 10th driest in 37 years with the heaviest rain along the East Coast. Snowfall is down -27% vs last year, least in 5 years and 8th least in 37 years. 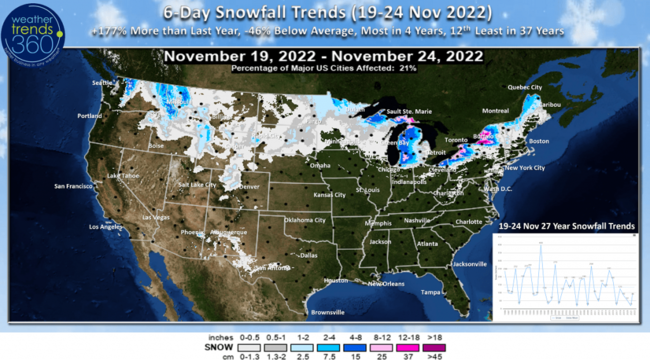 The 6-day snowfall outlook shows heavy snow limited to downwind of the Great Lakes with +177% more than last year, most in 4 years but still -46% below average nationally and 12th least of the past 37 years. 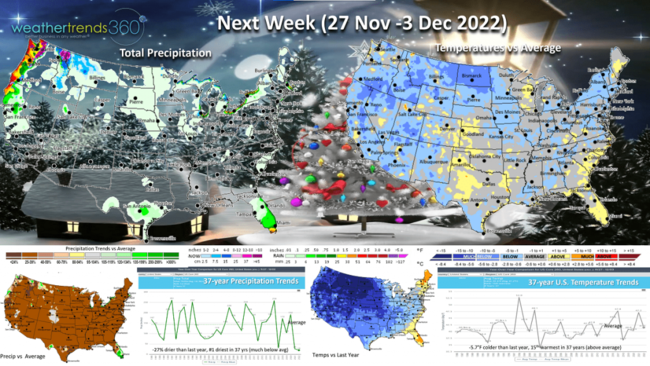 Next week (27 Nov - 3 Dec) shows temperatures beginning to moderate for the U.S. but still -5.7F colder than last year but 15th warmest in 37 years. The coldest spots shift to the West and Northern Plains. Rainfall -27% drier than last year making it the #1 driest in 37+ years. Snowfall also likely to be sparse and limited to the highest elevations of the Northwest. 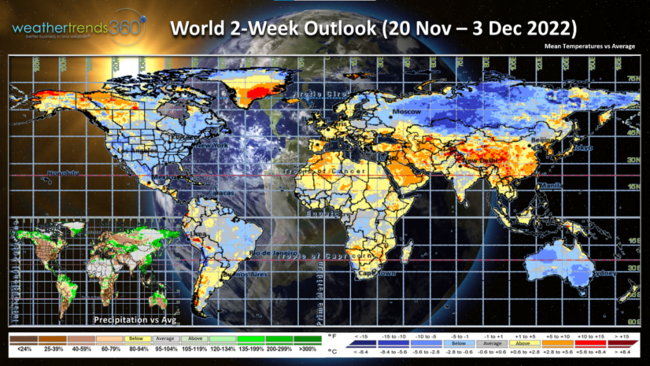 The 2-week World outlook (20 Nov - 3 Dec) shows the U.S., Russia, Australia and Brazil remain the cool spots, while Europe, China and the Middle East are the warm spots.