A recap of December around the world shows the very warm conditions across the Southern U.S. and very cold across Canada, Southwest Russia and Siberia. The U.S. trended +4.8F warmer than last year, warmest in 6 years and 2nd warmest of the past 36 years. Rainfall was 16% less than last year, driest in 4 years and 12th least in 36 years. Snowfall was down 28% vs last year, 11th least in 36 years nationally. CLICK ON IMAGES FOR A LARGER VIEW. 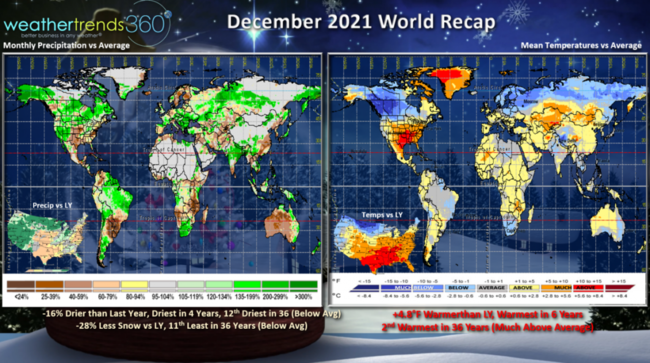 The West and northern tier of the U.S. was the colder and snowier spots while it was much hotter and drier in Texas and much of the South despite a couple rounds of severe tornadic activity. Overall a milder and drier December is better for the holiday shopping season, overall store traffic and the overall economy (GDP) at the expense of cold seasonal merchandise. 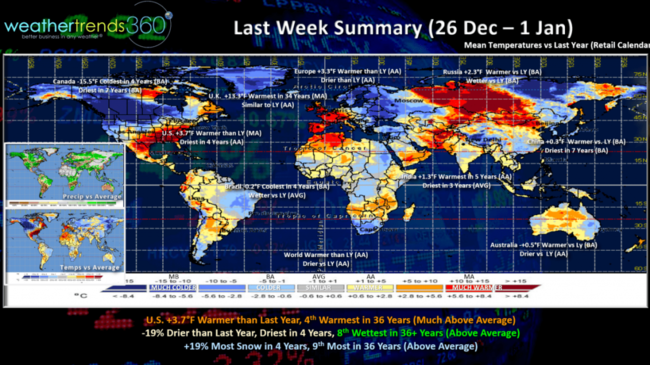 Last Week (26 Dec - 2 Jan) across the World was beginning to show a pattern shift in North America with much colder and snowier weather starting to head south into the U.S. For the U.S. overall the week trended +3.7F warmer than last year, 4th warmest of the past 36 years. The western half of the country into the Plains was very cold. Rainfall was 19% less than last year, least in 4 years but still 8th wettest of the past 36 years with continued very heavy rainfall in the Western U.S. Snowfall was also up +19% vs last year, most in 4 years, 9th most in 36 years with above average snowfall.

It was frigid across Canada, Greenland, Western Russia, Eastern Europe and Eastern China. 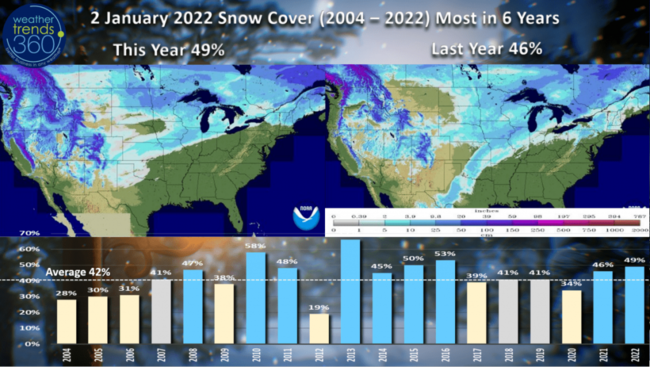 Snow Cover on 2 January shows the snowier pattern beginning to set up with 49% of the U.S. covered in snow, most in 6 years and above average (42%). Last year 46% of the U.S. had snow on the ground. 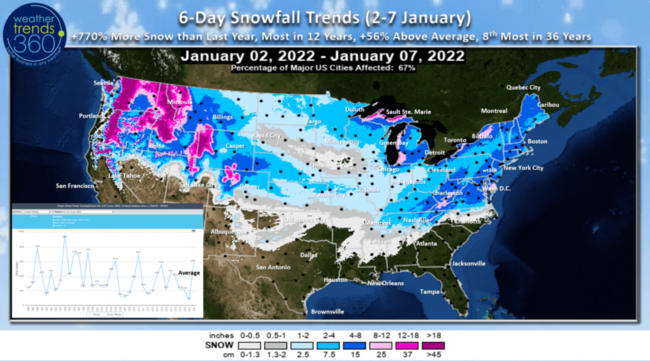 snowfall outlook (2-7 January) shows the snowy trends will expand East this week with snowfall expected to be up a whopping +770% over last year, most in 12 years, 56% above average and the 8th most in 36 years with several wintry systems. Even the East Coast looks to get some snow later this week - the first for many. 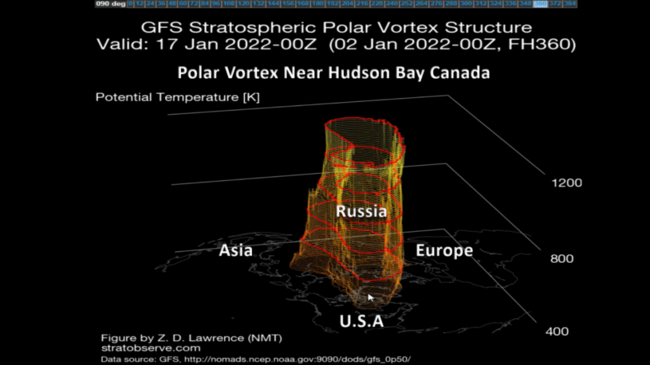 One reason for the colder snowier January is the Polar Vortex has two main vortex's over Hudson Bay Canada and Southwest Russia over the next couple weeks. This will allow the colder weather to camp out in North America, a wholesale change from December. 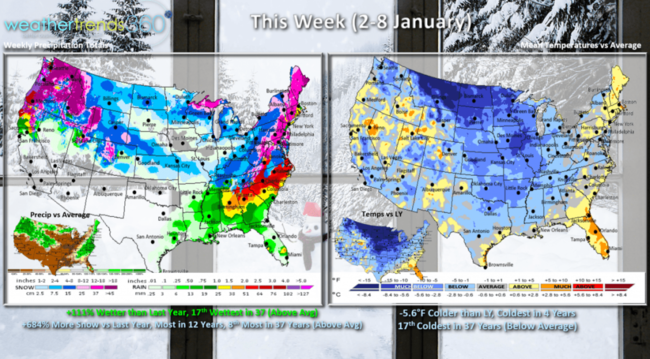 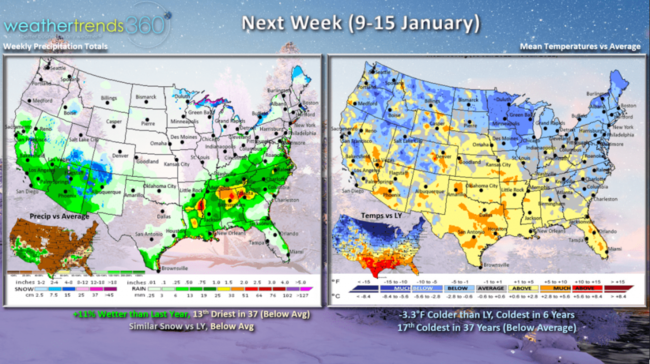 Next week (9-15 January) shows the colder trends continue with the U.S. -3.3F colder than last year, coldest in 6 years and 17th coldest of the past 37 years. A bit wetter and snowier than last year but generally below average national precipitation. More wet weather possible in the Southwest. Overall, these are very strong trends for Winter seasonal merchandise sales for the front half of January - the best start in 6 years. 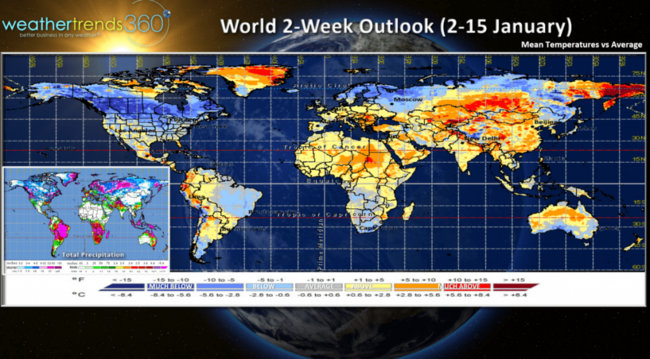